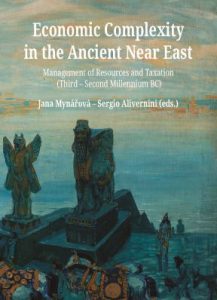 The spread of cuneiform writing from its Mesopotamian heartland to the peripheries during the second half of the third, and especially in the second millennium BC, represents an important historical and cultural phenomenon. From the beginning of the second millennium BC, cuneiform writing became the privileged means through which the administrations of these “peripheral” centers recorded economic transactions. These documents (taxes, rations, sales, etc.) shed fascinating light on the economic system in these regions. Thousands of administrative documents allow us to follow the process of the development of economic thought that, starting from Mesopotamia, was taken and adapted to specific administrative realities throughout the wider regions of the Ancient Near East. The 19 essays collected here elucidate the emergence, transmission, and interaction of economic structures and the management of resources in time and space. Through a diachronic study, the volume identifies similarities, differences, and adaptations in the economic management of resources and taxation in the ancient Near East (Third – Second millennium BC) 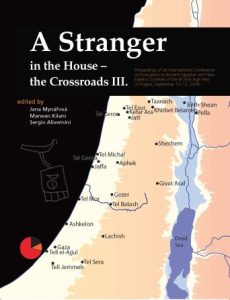 A Stranger in the House – the Crossroads III. Proceedings of an International Conference on Foreigners in Ancient Egyptian and Near Eastern Societies of the Bronze Age held in Prague, September 10-13, 2018
Mynářová, Jana – Kilani, Marwan – Alivernini, Sergio (eds.)
Prague: Charles University, Faculty of Arts, 2019
ISBN: 978-80-7308-928-3
Hardcover, 435 pages

The Crossroads III – A Stranger in the House. Foreigners in Ancient Egyptian and Near Eastern Societies of the Bronze Age conference has been held at the Faculty of Arts, Charles University (Prague) between September 10 and 13, 2018. The main objective of the conference was to enhance our understanding of “foreignness” in ancient societies between the end of the Chalcolithic period and the end of the Late Bronze Age. This book collects some of the twenty most significant contributions presented at the conference. Some authors decided to approach the discussion from a theoretical perspective, or to present and discuss theoretical frameworks that could be used to explore at least some elements underlying the concept of “foreignness”. Others investigated the sociocultural dimension involved in the presence of foreigners or in their interactions with local communities. Cases from Egypt, Mesopotamia, Anatolia, and the Levant, covering the whole of the Bronze Age, have been discussed. The wide range of perspectives and their combination within the frame of the conference often stimulated that multidisciplinary dialogue that was the primary aim of this third edition of Crossroads.
Úvod > Publications